When we released it two years ago the BT-2 (Beyond Timberline, the red shelter below) was the smallest tipi on the market, both groundbreaking and under the radar.  Groundbreaking because it brought the wind and snow shedding tipi geometry to a small shelter and under the radar because the 9 foot diameter of the BT-2 was a bit on the small side for many users.  The successor to the BT-2, the Silvertip (shown below in green), provides more interior space and maintains the same weather-bucking shape. 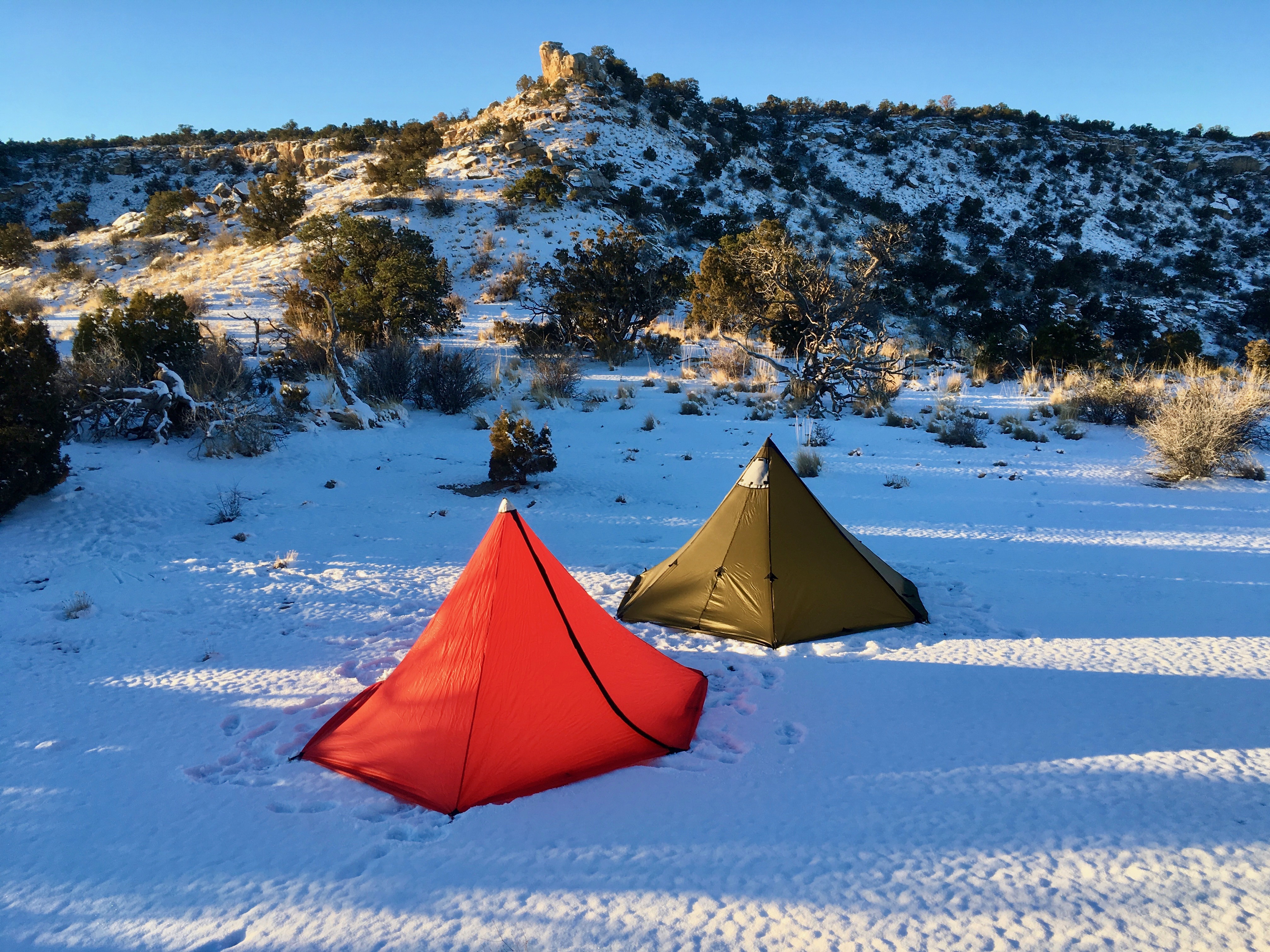 Tipis of all sizes do well in severe weather, high winds especially, because they have no large surfaces onto which the wind can grab.  If a tipi is designed well, with even seams and fabric cut to stretch uniformly and load all the guy points equally, it can be as strong as the center pole and anchors allow.  Our own use, and the reports of our customers, have confirmed that our tipis can stand 70+ mph winds and blowing snow which have collapsed 4 season tents pitched nearby and snapped a live pine 14 inches in diameter near the base.


All things being equal a smaller shelter will always be stronger than a larger one.  The BT-2 and now Silvertip present tipi virtues in a 5 foot tall package, making it exceptionally strong.  The photo below was taken in New Zealand's Mount Cook National Park, on a summer night where the wind blew all night long, steady at 30 mph with regular gusts over 40.  We went to bed early because sitting outside made it hard to think (the 5 hour, 3mph 4x4 drive to get there helped).  With all 12 guy points staked into the solid turf, the BT-2 was just about silent in the wind, and we slept well. 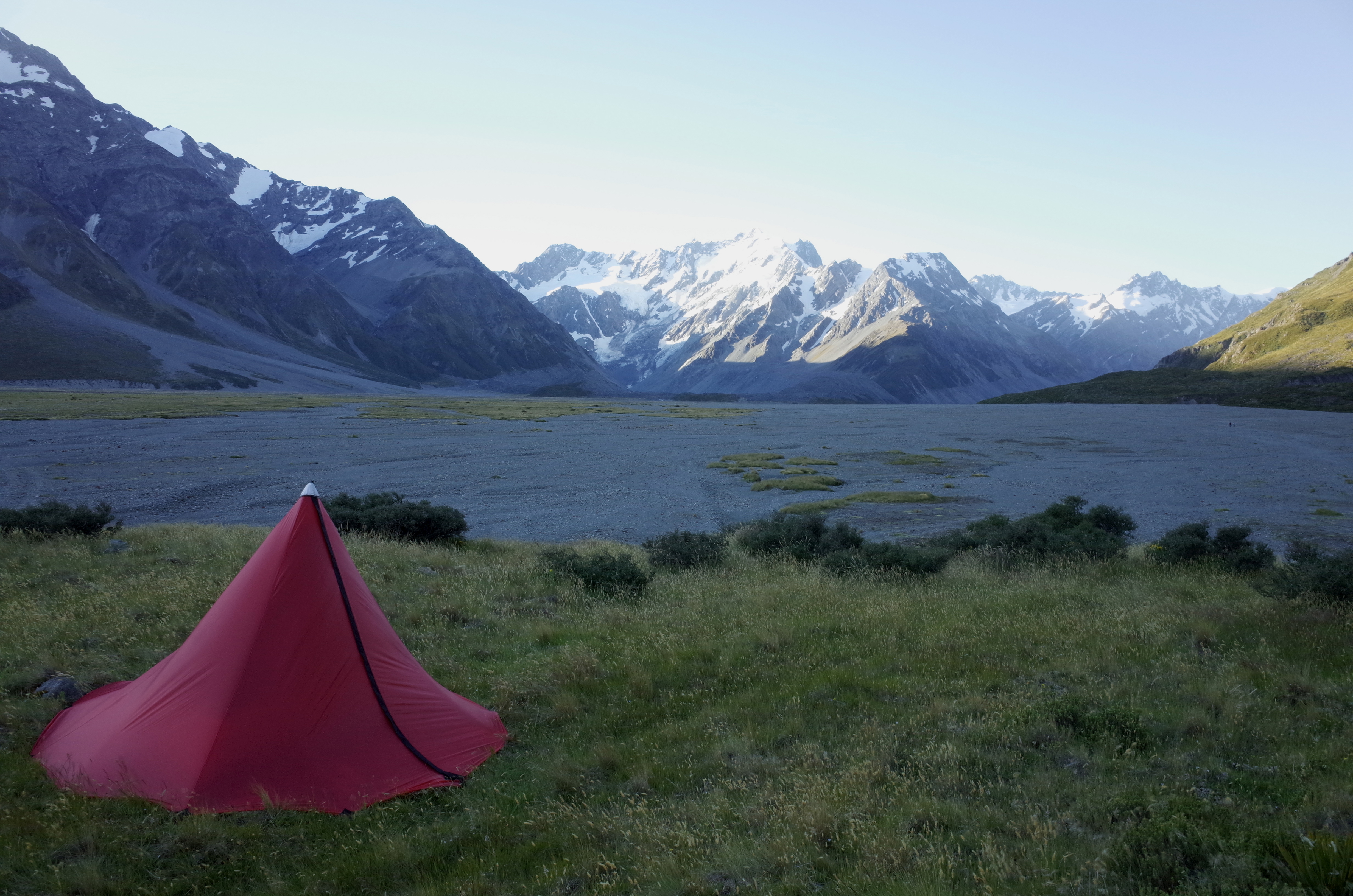 To provide more interior space than the BT-2 without adding weight or a significantly larger footprint, the Silvertip is wider at the ends while being just a little shorter.  This makes the back walls both wider and less sloped.  Users of the BT-2, especially people over 6 foot using thick air mats and lofty winter sleeping bags, will be surprised at how much more easily they will fit. 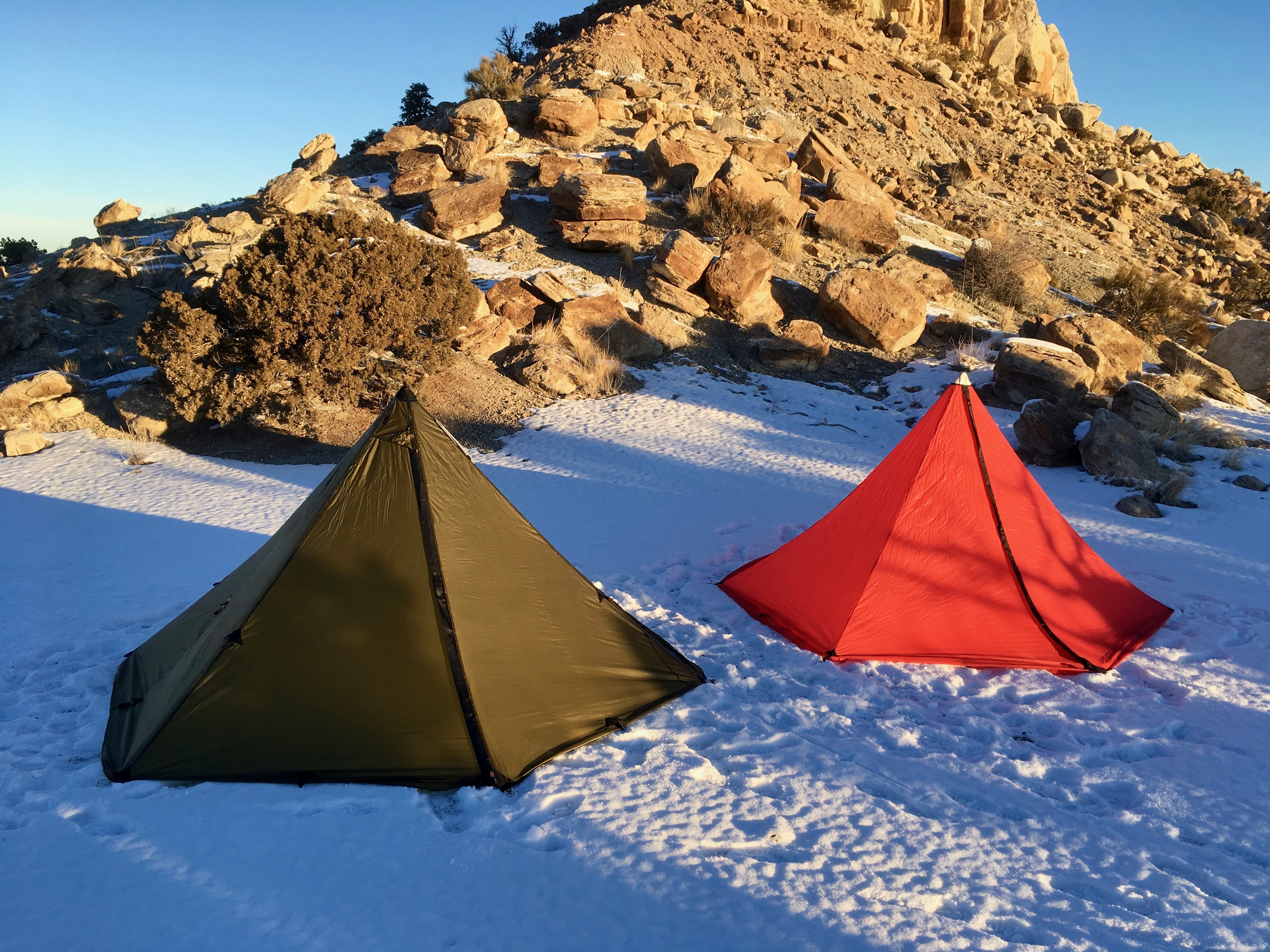 The Silvertip also comes with one midpanel tieout in the center of each end panel.  This can help with snow shedding, though in all but the worst conditions the Silvertip needs no help, but it's primary purpose is to allow users to pull the ends out, just a little, and gain yet more headroom.

Two additional midpanel guys are available as an option, for those who want their weatherproofing to be truly redundant.  A stove jack is also available, as well as screen doors for warm and buggy conditions..  With the added room the Silvertip is a comfortable 2 person backpacking shelter, and very spacious for one. With a stove in use it is suggested as a solo shelter only. 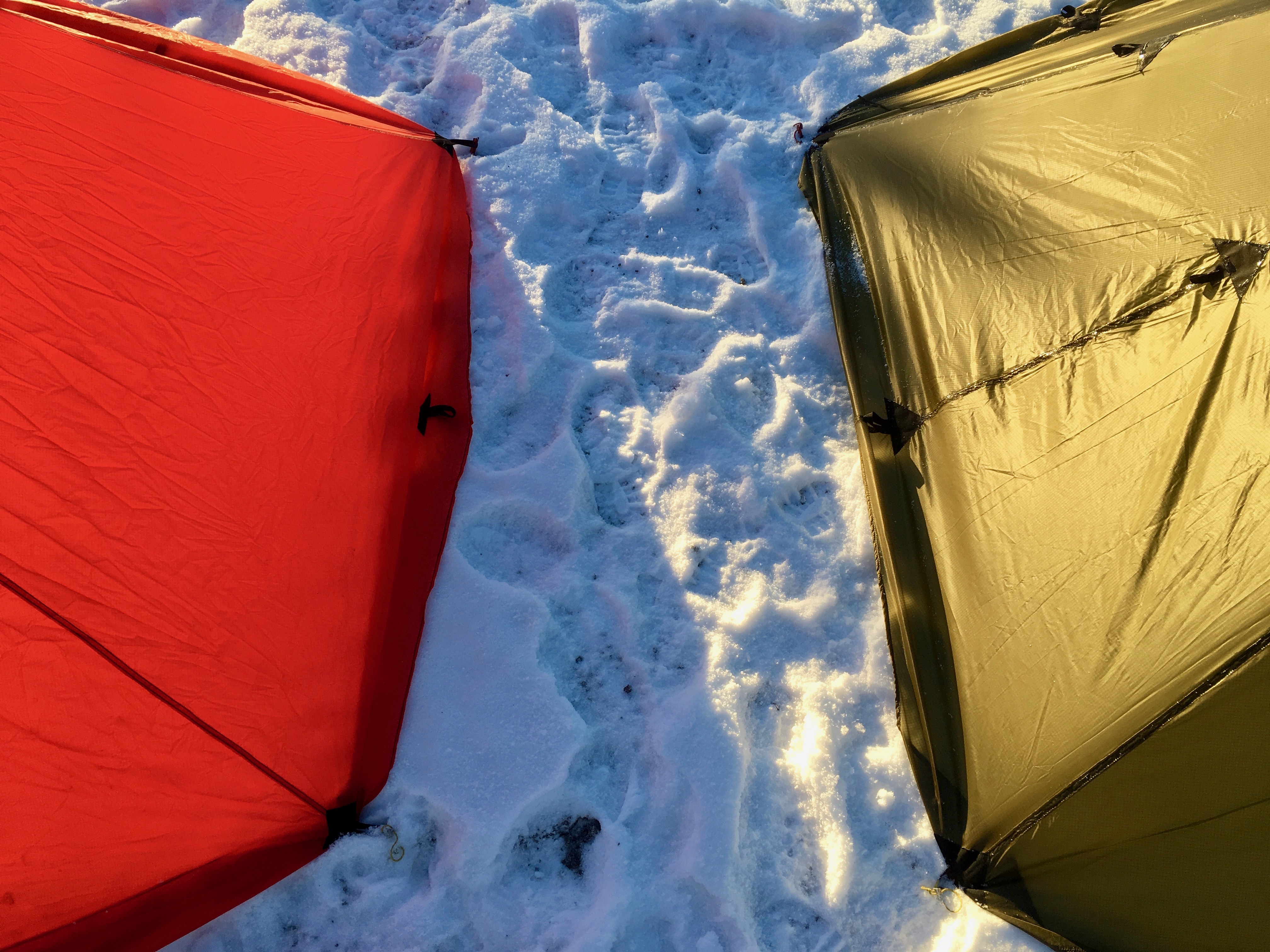 The BT-2 and Silvertip end to end, showing the added width.

As of this writing we have only two BT-2s in stock, both are green and with screen doors added.  They are discounted for $179.  Call the shop if interested.